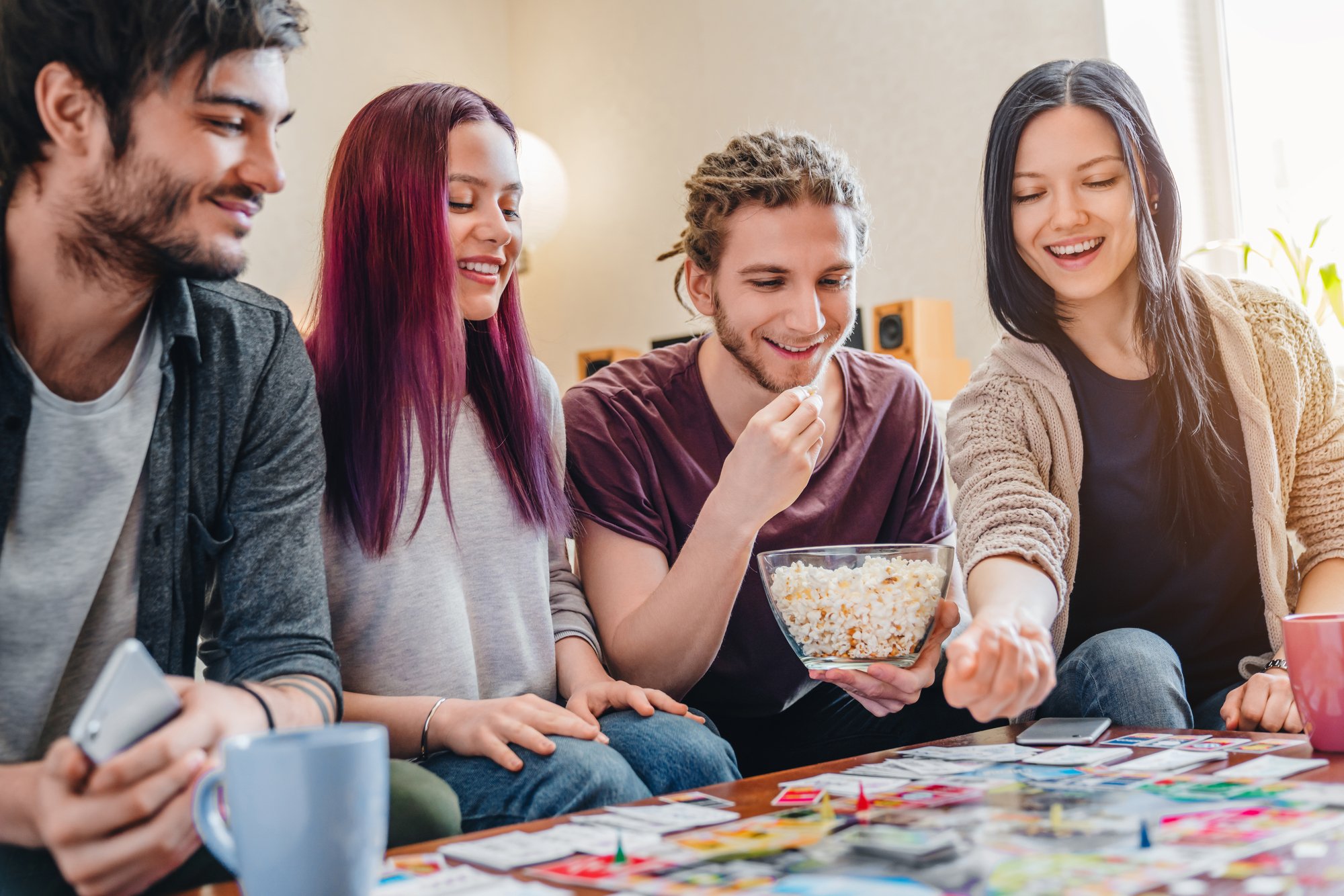 This post contains affiliated links where I will earn a small commission if you make a purchase or click on the link at no cost to you. Please read disclaimer here.

We are a participant in the Amazon Services LLC Associates Program, an affiliate advertising program designed to provide a means for us to earn fees by linking to Amazon.com and affiliated sites. Product prices and availability are accurate as of the date/time indicated and are subject to change.

Thank you for sharing!

Games are a great way to pass the time and an inexpensive form of entertainment. Most games will cost you less than $50, which may seem like a lot, but you can play them again and again. Even if you only play it once a month you are paying less than $5 per hour of fun, which is more than you can say for many other forms of entertainment.

Playing games is a lot of fun. However, games are best when you play with the right amount of people for the game. Some great games for groups of four people include the following:

The game Catan is often referred to as Settlers (of Catan). It is a game of strategy combined with luck. You roll the dice, build cities, settlements, and roads, gather resources, and more. This is a game that takes between an hour and two and is one you will likely want to play often. It costs about $45, and because it has become very popular it can be purchased almost anywhere games are sold. This game is made for no more than four people unless you have a player expansion pack.

Catan with expansion versions is like a pumped-up version of the game. With the expansion packs, you add some extra interest such as robbers, knights, destruction of cities, and some sneak attacks provided by specialty cards. Most people who play these versions never want to go back to playing just the original. This game costs about double as you have to buy the original at $45 and then purchase the expansion for another $45. This game takes a bit longer, and the strategy changes, but most people who play get addicted and want to play again and again.

Ticket to Ride is a game where you build railways across the United States. This game is great for four people as much more than that makes the board too crowded. This is a fast-paced game with a unique strategy. It can be played over and over without feeling repetitive. This game usually costs around $45.

This game involves a board and shaped plastic pieces that you must fit on the board with detailed specifications. Blokus is sort of the opposite of Tetris. It can only be played with four people, and this is generally the best number for the game. It involves preplanning, luck, and strategy. It is quick, takes less than 30 minutes to play, and can be enjoyed many rounds without boredom. It usually costs about $35.

This is pretty much a great game for any sized group, but only if everyone gets into it. Players will be competing to come up with unique words, fitting specific categories and starting with the letter that is rolled. The more unique answers you have, the more points you will score. The nice thing about Scattergories is that you can play 13 rounds, or 2, your choice. So have fun, play as long as you want, and do it all for around $20.

These are classic games that are especially great for groups of four. Each involves strategy, domination, and ruthlessness. Monopoly and Risk are best in groups of four because with groups of two or three someone always feels picked on and this can be damaging to good gameplay. Monopoly has a big variety of different versions, so there are many games you can enjoy from the theme of Star Wars to Pokemon.

This is a trick-taking game played with four players and is aimed at taking as many tricks as possible on each hand. Cards are led, one at a time with each player following suit, if possible or trumping the card. The hand is taken with the highest card of that led suit or with the highest trump. And watch out for the all-powerful Rook card! Scoring is according to the full rules of Rook.

Bullshit, Cheat, or I Doubt It

This is a fun game of following the number type that can be played with four players. The game is played as each person puts one card, face down, in the middle calling out its rank. The first player plays an Ace, the second a two, the third a three, and so on. If a player doesn’t have the required card he is “faking it” by calling out the card that it should be but laying down whatever card out of his hand that he likes. If at any time another player thinks that player is “cheating” or faking it, he calls out “Bullshit”, “Cheat” or “I Doubt It” depending on what the game is being called. If the player that laid the card down put the correct card the accuser must take all of the cards in the discard pile. If the card was not correct the opposite is true. Scoring is according to the full rules of “I Doubt It”.

Liverpool Rummy, a variation of Contract Rummy, has seven hands and each hand or round of play has a different “contract” or set of rules. The game is played with two decks of 52 cards plus their jokers and can be played with 4 or more players. If adding more people, add 1 deck per two additional people. Scoring is according to the full rules of Liverpool Rummy.

A classic game, Uno has been around since 1971 delighting families all across the world. Many households own a copy of this game, and it’s that ubiquitous presence that makes this game so great for families. Its rules are so simple that children can play this game before they begin to read, and yet it still manages to entertain everybody. This game is best for younger families as it is cheap, easy to obtain, and easy to play with young children. This is in contrast to the former games, which are quite expensive and usually cannot be bought at local department stores.

The drawback to Uno, however, is its lack of challenge. When someone has played it just five or ten times, the challenge wears off and the game turns into an almost complete chance, thereby destroying the fun of it. In addition, little interaction between participants can be found. Overall, this game is certainly not as entertaining as the others, but is more easily obtained, cheaper, and plays to a younger audience.

Another great choice for groups of four is card games. You could play scum, hearts, or a longer, more tactical game like hand and foot. These are great for the budget-minded as decks of cards cost about a few dollars in most cases, and thus you can play a variety of games for a very inexpensive cost. For example, with hand and foot, you only need a deck per person, so for about $5, you can spend hours of game playing fun!

Some other great games for groups of 4 include Life, Sorry!, Trouble, SkyJo, and Fluxx.

Check out my list of board games that I wish I owned!

Thank you for sharing!

Advertisements
We use cookies on our website to give you the most relevant experience by remembering your preferences and repeat visits. By clicking “Accept”, you consent to the use of ALL the cookies.
Cookie settingsACCEPT
Manage consent

This website uses cookies to improve your experience while you navigate through the website. Out of these, the cookies that are categorized as necessary are stored on your browser as they are essential for the working of basic functionalities of the website. We also use third-party cookies that help us analyze and understand how you use this website. These cookies will be stored in your browser only with your consent. You also have the option to opt-out of these cookies. But opting out of some of these cookies may affect your browsing experience.
Necessary Always Enabled
Necessary cookies are absolutely essential for the website to function properly. This category only includes cookies that ensures basic functionalities and security features of the website. These cookies do not store any personal information.
Non-necessary
Any cookies that may not be particularly necessary for the website to function and is used specifically to collect user personal data via analytics, ads, other embedded contents are termed as non-necessary cookies. It is mandatory to procure user consent prior to running these cookies on your website.
SAVE & ACCEPT